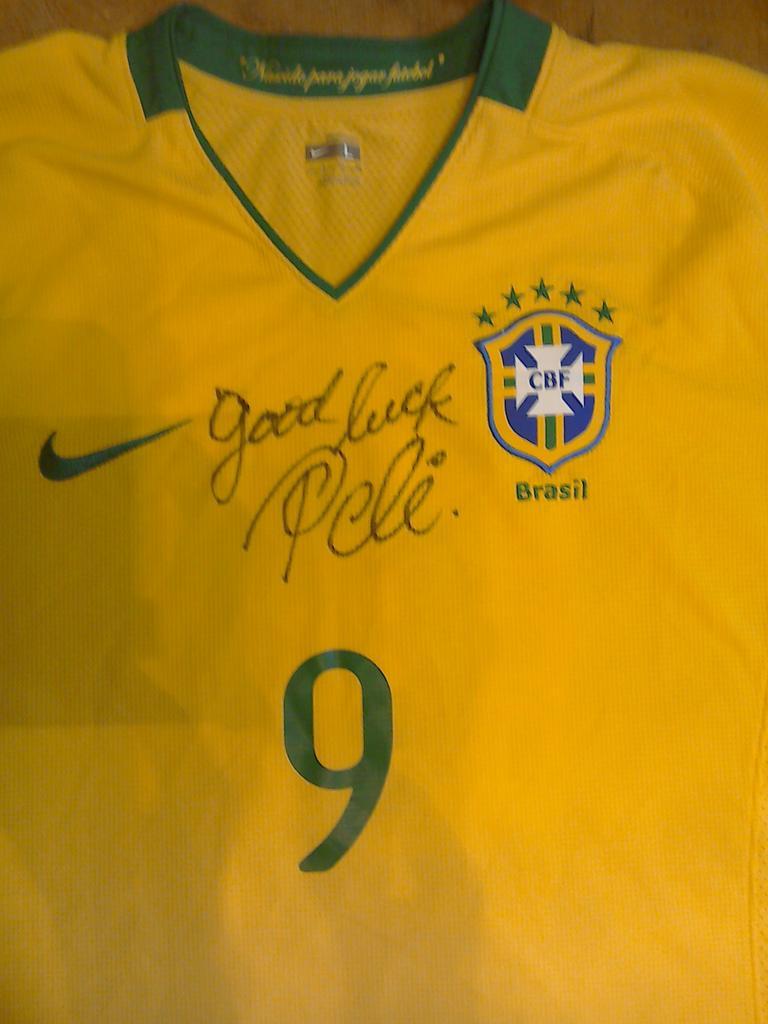 As a voice over artist I do a lot of work as a sports commentator voice. I’ve always loved football and always look forward to a World Cup. Occasionally, I also get to meet my childhood heroes from the other side of the mic.

A blog of two halves:

I did a spot of work for BBC 5Live a while back and was asked to help out with an interview with former Man Utd and England legend Steve Coppell.

As a Panini sticker collecting would-be football commentator ten year old growing up in the Midlands in the 1970s if you’d told me that one day I’d be going to the United no. 7’s house I’d have probably swerved my Raleigh Chopper into an oncoming Spangles lorry.

What a good guy he was too. He made me very welcome, did a great interview then made us both some tea as we chatted footy afterwards. I noticed he had a nice collection of framed signed football tops. “I’ve got one of those” I said, pointing at the signed Pele “Did you meet him too?”

Slightly embarrassingly for me, the great Steve Coppell hadn’t. 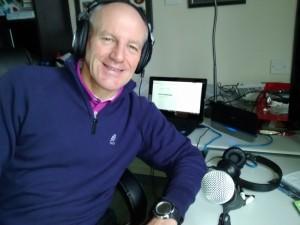 My date with Pele:

It was around a year earlier. I got called to a very swanky London hotel for another recording job, this time to meet Edson Arantes do Nascimento…Pele.
What a wonderful man, and almost presidential in the way he carried himself; a man with absolutely nothing to prove to the world. Well, having won three World Cups for Brazil and considered to be the greatest of all time, why would he?

I sat with him for 45 mins, just him and I. He spoke and recounted stories from his amazing career including the legendary Gordon Banks save in 1970. (audio below)

Nor did he hang around to chat footy afterwards or suggest that maybe we should have a kickabout, “I’ll go in goals if you like.” 3-0.

What he did do though afterwards was to sign the Brazil top that I just happened to have on me and leave me feeling just like that excited Panini sticker collecting ten year old all the way home on the tube.

Let’s call that 3-3 and a magnificent comeback from the world’s greatest! 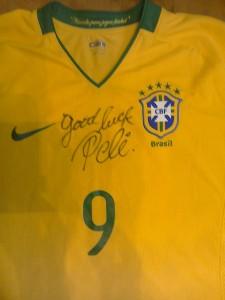